How My Students are Celebrating Women’s History Month

Well it’s March, so that means it’s Women’s History Month.  I felt extra pressure to acknowledge it the most effective and impactful way this year since I have middle school girls.  I wanted this to mean something to them, not be something they roll their eyes about.  There are two main components to what I’m doing this year.  One is in the picture below, and the other is related to a new strategy I’ve been testing out this semester: having my kids making the warm-ups/bell ringers for each other.

First, I had my girls make a bulletin board for Women’s History Month (this was after they had the overview during homeroom about what WHM was and why we celebrate it).  They were each randomly given a woman’s picture with her name on the back, and using my classroom resources, had to figure out what she is most remembered, or celebrated, for.  That piece of information is what they put in the quote bubbles, so Brenda Berkman’s quote bubble says, “I was the first female member of the FDNY” and Katherine Switzer’s says, “I am remembered for being the first woman to run the Boston Marathon.” 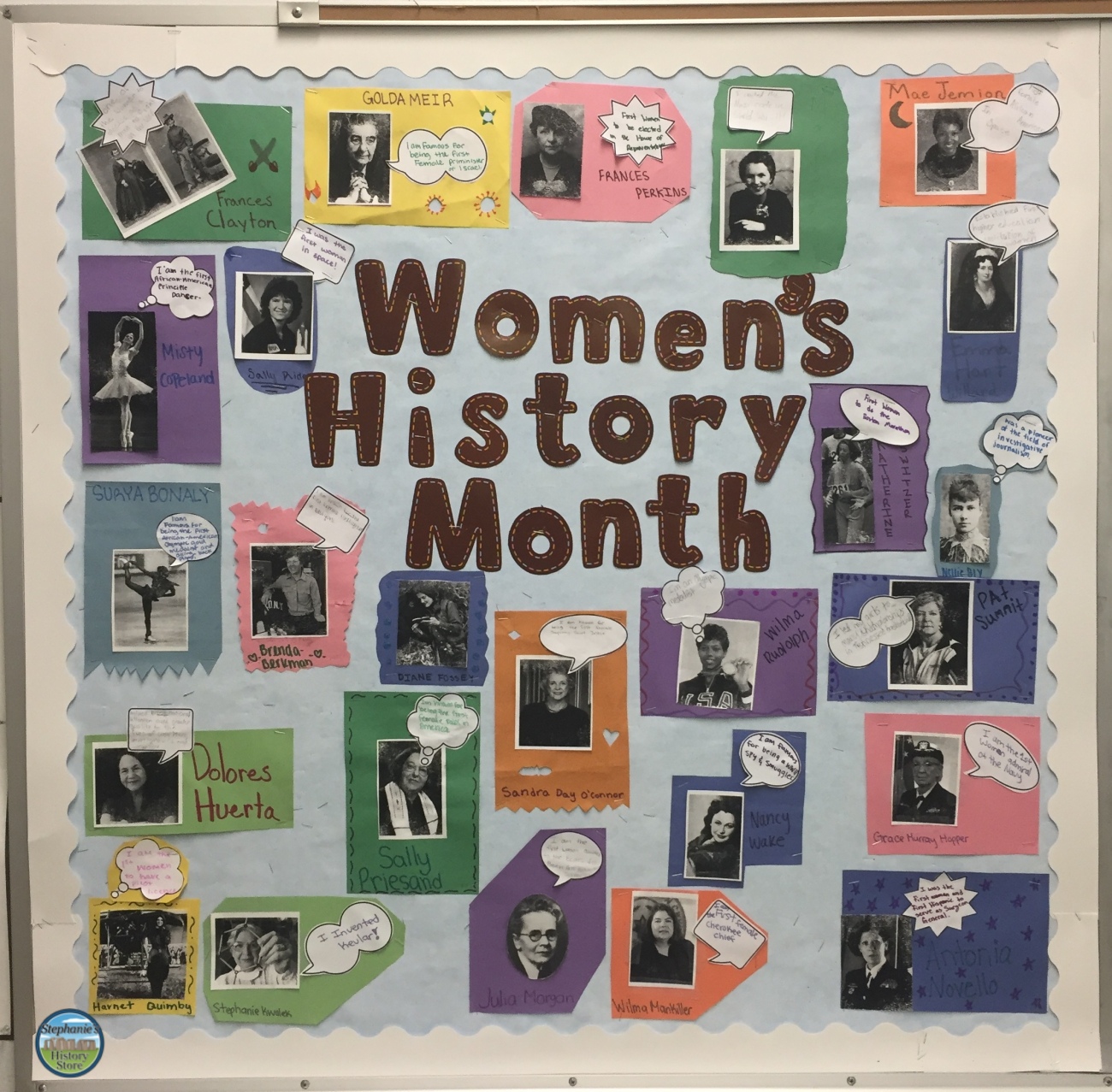 The second component to my plan for getting the girls working with Women’s History Month is to have each one in charge of a day’s warm-up (bell ringer).  They are each researching a woman who is less well known in mainstream society, or certainly less well known in their  pre-teen social circles (think Gertrude Ederle versus Katie Ledecky), and at the start of each class they will take turns presenting their woman to the rest of the class.

They will present her name, an image of her, her birth and death dates where applicable, what she is most known for, and a summary of the road she took to reach her goal or succeed in her endeavor.  At the end of the month, my girls will write a reflection paper on the women who came before them, the struggles they faced, how they were able to overcome them, and how they can be an inspiration for my students as they get closer to entering the real world.

Many of my girls have really big goals for themselves, but all too often I hear, “I can’t do x,” or “I’m not good enough,” or “they won’t let me do x.”  After this month I hope they say that much less frequently because they’ll see that they CAN do x and they CAN overcome and just because someone says “women’t can’t be xyz” doesn’t mean any of my students can’t persevere and prove that statement wrong.

On the more academic side of this, I put quite a few Women’s History Month resources in my “early finishers” binder, so whenever a student completes their work early, they’ll have an extra opportunity to analyze a primary source on an influential woman, learn how women got the right to vote, design a pamphlet celebrating WHM, and more!

How are you integrating Women’s History Month into your classroom?  I’d love to read about it in the comments below!  If you need somewhere to start, some of my teacher friends have resources ready to go for you!