A Point of View Activity that’s Sure to be a Hit!

My classroom is a primary source heavy classroom.  Sometimes we read through sources and analyze them together, sometimes the girls do it in small groups or pairs, at other times it’s an individual effort, and sometimes I even break the readings up and girls complete different tasks for the excerpts at stations.  Regardless of method though, for as many units as possible, my students learn about a specific aspect of the topic from those who lived through it, and when possible through multiple points of view.  Just last month when we got to the dropping of the atomic bomb in World History, there happened to be a lot going on for my kids so instead of having them to do a traditional analysis with a lot of academic questions, I modified the assignment to what I’ll describe here…spoiler alert, it went great!!!! 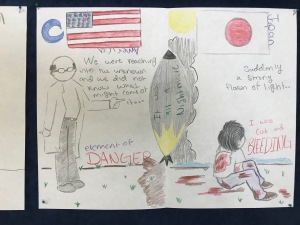 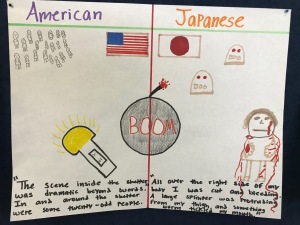 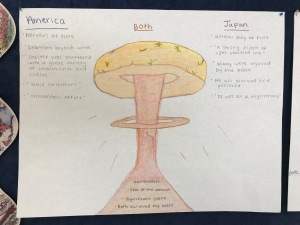 My kids were given two readings on the atomic bomb, one from an American scientist’s point of view and the other from a Japanese survivor’s point of view.  They divided a piece of printer paper into three sections (American, Japanese, and similarities between the two) and created a visual and written representation of the readings.  Using a combination of images and words, they highlighted the key phrases that stood out to them, key points for a summary, essentially whatever they thought would give someone who only looked at and read their paper the general gist of both readings. 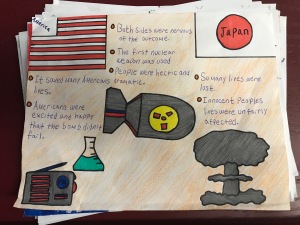 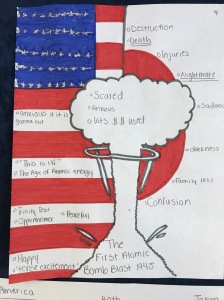 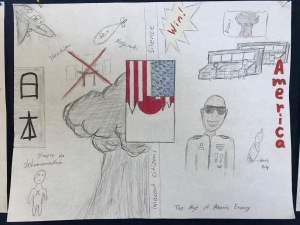 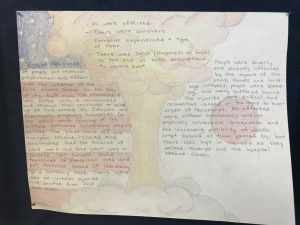 Some final results were heavy on words with just a background image, some students were more comfortable drawing so they had fewer words and more images.  I was flexible on this assignment, simply requiring that they use a combination of key words/phrases and images to represent each experience as well as any similarities (such as turning to religion, fear, thoughts on the future, etc).  I think one reason they liked this so much is because they chose how they would show me what they learned, but it still required them to think a bit harder as they looked for similarities between the two without being guided from the wording of an analysis question.

This went really well, and since I will teach the same students US History next year, I plan on giving them a similar assignment but for the Revolutionary War.  If you are interested in a different point of view activity, THIS one reinforces different perspectives of an event but without readings, rather it is based on what students understood after being taught/learning about the topic. 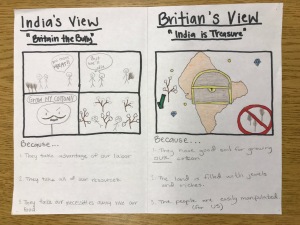 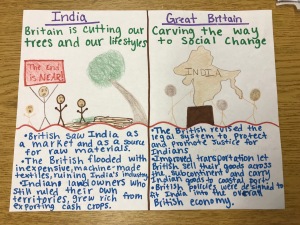 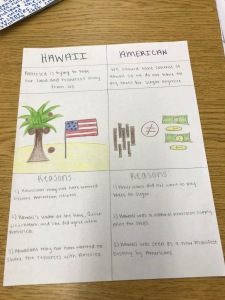 If you have a favorite way of having students work with different points of view/perspectives, please share it in the comments, I’d love to read about it!